Based in New York City, the Asian-American Podcasters (AAP) is a community for Asian-American creatives, producers, hosts, and editors to network, collaborate and support each other.

From community-led monthly Impact Calls™ to meetups around the world, AAP is amplifying the voices of Asian Americans and is on a mission to inspire and encourage more Asian Americans to share their voices and messages through podcasting.

Lee Uehara created AAP in February 2019, after noticing that there were no podcasting groups for those who identify as Asian Americans. Andrew Wang, co-founder and prominent podcaster, signed on to further build community and create awareness of the group.

“You don’t realize what you’re missing until you find it. In this case, once folks found out about it, they’ve shown sincere excitement about joining. And, it doesn’t hurt that we like to talk about food from various Asian countries!” Uehara said.

Podcasters from countries around the world such as France, Singapore, and Vietnam have been joining, co-founder Andrew Wang said.

“Our members represent all levels of podcasting: from aspiring show-runners who are planning to launch to those with many years of experience at critically-acclaimed shows. I’m excited to build a hub where Asian-American podcasters can support one another, share and collaborate to amplify their voices and podcasts.” Wang said.

Connect with AAP on Social Media:

Do you lead a podcasting community that you would like spotlighted on our blog?

We can’t wait to hear all about it, send us a press release.

Danielle Desir Corbett is a podcast marketing coach, founder of WOC Podcasters, and host of The Thought Card, an award-winning, 4x grant-funded personal finance, and travel podcast empowering financially savvy travelers to travel more and build wealth. Go here to learn Danielle’s incredible story — how following her creative passion led to her becoming a six-figure creative entrepreneur. If you want to reach out to Danielle, contact: info (at) danielledesir (dot) com.

FinCon Cost: How Much Does It Cost to Attend? 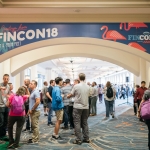 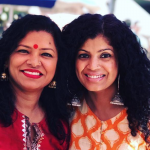