If you’ve ever attended a professional conference, you’ve probably dreaded the potential awkwardness of networking. Should I wear my nametag on the left or the right? Can I just jump into their conversation? How firm should my handshake be?

It can all be overwhelming!

Well, breathe a sigh of relief because FinCon isn’t one of those stuffy conferences that you’ve attended in the past. You’ll have the added advantage that everyone at FinCon is ridiculously friendly and helpful.

Nonetheless, you’ll still want to brush up on those networking skills and be prepared to maximize your time there, so I’ve provided 10 pro conference networking tips for FinCon or any other event.

If you want to maximize your time at the conference, it begins with networking online first. With over 2,500+ people in attendance at FinCon, it’s impossible for you to meet everyone for the first time in person. That’s why networking in advance is critical.

When I first learned about FinCon in 2018, I was new to the personal finance space. I didn’t know many people and had no idea that this whole world of money nerds even existed. I merely learned about the conference from people sharing it on social media.

I immediately began following the #FinCon hashtag and the people who used it. Although they had no clue who I was, I was able to start learning names and faces in the personal finance community right away.

Shortly afterward, I joined the Facebook group and began to leverage opportunities within the group to network and to collaborate on projects. This formed relationships with many of the people whom I’ve since had as guests on my podcast or contributors to my blog.

Follow the #FinCon hashtag and join the private Facebook group to meet people and start building relationships online. Post within the group and contribute valuable information to discussions so that people know who you are when the conference rolls around.

Once you’ve decided that you’re attending the conference and have purchased your ticket, download the FinCon app as soon as possible.

The app is the hub for the most pertinent information both leading up to and during the conference. It’s where you can find out which influencers, brands, or representatives are coming and be able to message them in advance.

One cool feature that I like about the app is the ability to bookmark workshops, people, or brands that you want to meet. In addition, you can also add notes that can serve as reminders for follow-up or things that you want to remember after speaking with someone.

I suggest making a list outside of the app of people and brands that you want to meet. Note the reason why you want to meet with them, plus the intended outcome of your meeting. Is it for a collaboration? Is it to interview them? Know what your intentions are before you get on site.

Once you’ve decided who you want to meet with, schedule a meeting in advance. That’s right! Send them an email or a message through the app to set a time to meet up on site.

Though this may seem a bit overboard, it’s really important. Each person has their own schedule and plans in mind for the conference, so if you want to secure time with someone, you need to arrange it beforehand.

Not sure what to say? Here’s what I recommend that you write in an email or message:

“Hey [name]! I’m Fo from GirlTalkwithFo.com (@GirlTalkwithFo on Instagram). I saw that you’ll also be attending FinCon this year. This is my first year and I’m really excited to attend!

I’d love to schedule some time to meet in person to talk about [what you want to talk about]. Do you have any availability in your schedule? Maybe we can grab lunch? Let me know!

I look forward to hearing from you!”

Typically, those who have been to FinCon before have already packed their schedule with one-on-one meetings, podcast interviews, and lunches with friends. So you want to make sure you send these messages out at least a month in advance.

Once you’ve solidified a date, send a calendar invite and be sure to exchange phone numbers. Texting will be your best form of communication during the event, as it’s often very loud and some areas may lack sufficient service to make a phone call.

4. Have business cards with your face and name on them

There’s no sense in going to a networking event without business cards. Though technology has advanced and we’re all about digital forms of communication, business cards are still an expected industry standard.

When creating your business cards, I suggest making them as unique and identifiable as possible. You want them to end up in someone’s Rolodex, not the trashcan. An easy way to guarantee the former is to include your face and name on your card.

I have to admit that I was surprised to have received cards with absolutely no name on them. Though I get that some people exclusively work under their brand name, it makes contacting them pretty impersonal and cumbersome. Imagine a brand having to write an email addressed to “Budget Busting Babes”…awkward.

Here’s an example of my business cards that I received lots of compliments on:

Although you may want to stand out with the glossy finish and the postcard size cards, think about the recipient. If they want to take notes, a glossy finish won’t allow for it and your postcard won’t fit in their cardholder.

Also, make sure that you get your cards printed in enough time for them to ship to your home. I personally designed my card in Canva and had them printed on sale through Vistaprint.

And, by all means, don’t forget to carry some of your business cards on you at all times! You never know when you’ll need to hand one out.

Do you need a media kit?

You may be wondering if you should bring your media sheet to give to brands. Though I had copies of mine printed, I only handed out two because business cards sufficed. I also found that brands weren’t sure what to do with them.

With that said, it still doesn’t hurt to have one. If you’re not sure what to include on a media sheet, you can view mine for ideas.

5. Prepare and practice your elevator pitch

This is one bit of advice that you’ll hear over and over again: have an elevator pitch. What is it that you do that can be concisely explained within 30 seconds (the length of an elevator ride)?

Although it is a personal finance conference, not everyone does the same thing or targets the same niche. Be able to clearly talk about what you do and be prepared to say it at least 100 (or more) times. Though you may not say it verbatim each time, at least have an idea of the key points that you want to mention.

Example: “I’m Fo Alexander from the Girl Talk with Fo blog and podcast. I teach women how to dump debt & build bank so that they can create the life that they want.”

Whatever it is that you do, summarize it into one to two sentences and practice it before you attend.

6. Be intentional, yet flexible with your time

However, be prepared for those plans to change.

Though I had intentions to attend specific workshops, if the opportunity presented itself for me to talk with a brand one-on-one or to meet with someone that I could collaborate with, I’d take advantage of said opportunity.

The great thing about FinCon is that you can purchase recordings of all of the workshops. So even if you miss a few that you wanted to attend, you have access to watch them later. This gives you the flexibility to prioritize networking over attending sessions that you can always watch at another time.

There will also be impromptu meetups and even sessions that could be valuable to your brand. Keep your ears and eyes open for opportunities that make sense for you to take advantage of.

This should go without saying, but be yourself. You want to put your best foot forward while still being authentically you.

Remember that authenticity reads just as easily as being fake. You’d be surprised how well some people can tell the difference. Bring your real, yet polished, self to the conference and the people who can relate will connect with you.

I completely understand that FinCon is all about networking and finding collaborations. That’s business. But at the end of the day, business deals are just deals between people. People with their own unique stories and experiences.

If you want to be an effective networker or communicator, tap into the other person’s humanity. Instead of starting off a conversation with, “What do you do? Do you have an affiliate program?”, actually ask the person how they’re enjoying the conference. Find out where they’re from. Is it their first time at FinCon?

Show genuine interest in and attention toward the person that you’re talking to. Trust me, in a world of people who often don’t take the time to care for others, this will set you apart.

9. Send follow-ups while you’re at the conference

One gem of advice that I received from my mentor at the event was to follow up with people during the conference, not after.

Statistically, only a few people will actually follow up after networking. Of those few people, they will do so on Monday or Tuesday after. It’ll be hard to stand out in an influx of follow-up emails, so slide in their DMs beforehand and send a follow-up email before the weekend is over.

This not only sets you apart, but it gives them the opportunity to connect with you on social media and to see you several times before the event is over. You can have several touchpoints before your email hits their inbox, which is invaluable in relationship-building.

This is a practical tip that may seem unconventional but is absolutely necessary. You will be talking…a lot. Be sure to pack some throat lozenges and keep them on you so that you can preserve your voice. And of course, staying hydrated helps!

For your own health and those around you, bring hand sanitizer as well. You’ll be shaking lots of hands, and hands have germs. Do your part in stopping the spread of colds and viruses by washing your hands and using hand sanitizer.

Here’s what else you need to pack for FinCon.

Networking doesn’t have to be overwhelming. Just be yourself and come prepared and you’ll have an amazing and productive experience.

What are some conference networking tips that you recommend?

Fo Alexander is the editor-in-chief of GirlTalkwithFo.com and host of the Girl Talk with Fo podcast. She teaches women how to dump debt & build bank so that they can create the life they want. She recently released her new book, Dump Debt & Build Bank: The Everyday Chick’s Guide to Money— available on Amazon. 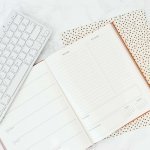 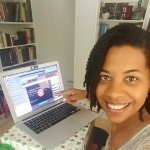