Remember the days before social media? (Cue the chirping birds and relaxing waterfalls.) I have a love-hate relationship with social media. There are days when it makes my life easier, and there are days when I don’t even want to touch my phone for fear of getting sucked down the rabbit hole of digital interaction.

However, listening to Twitter CEO, Jack Dorsey on the podcast Ted Talks Daily, the other day I felt a little bit more hopeful about the future of social media and discourse.

Let me give you some background.

As a woman, specifically a woman of color, I cringe at the thought of getting back on Twitter. You see years ago, when I created my Twitter profile, it was one of the best ways to stay abreast of the social conversation. For a time period, it was my only source of news content. It was the fastest and (seemingly) most reliable way to be “in the know”.

But that joy came to a halt in 2016. The presidential race brought out so many Twitter trolls that I no longer found the stomach to mess with the platform. I couldn’t deal with the surmounting amounts of angry tweets that were clogging up my feed. So I left.

And things haven’t improved since. In fact, last year Amnesty International published a report on Twitter trolling. They found that:

Fast forward to now, and I still have not returned, but Jack Dorsey’s words made me feel like there could be a fundamental shift in the way Twitter is used in the future. In the meantime, I have realized that the most valuable and impactful conversations need to happen verbally, in an interactive real-time setting, preferably in person, although not always necessary.

If the past few years have taught me anything, it is that we the people who create content have the power to engage our podcast guests and audience through discourse and empathy. And we can start with these five guidelines.

Instead of engaging in a heated typing match online, invite the individual you are disagreeing with to have a verbal conversation with you directly. This way you can:

Once you’ve stopped wasting time arguing with people online, you will notice that you will have more freedom to meet people in person and you might even feel empowered to strike up conversations with different types of people. Yes, this might make you feel uncomfortable at first, but trying this will really help strengthen your “open-mindedness” and will allow you to develop a different sense of empathy because you will start discovering new things about people, and even questioning some of your own biases.

3 – Have a conversation with someone who disagrees with you.

Again, this will make you uncomfortable at times. Unfortunately, there aren’t many people who are willing to do the work of understating other people’s opinions. Why? Because it’s uncomfortable. Because it requires significant effort on our part and it opens us up to the possibility that some of our beliefs might be questionable. And who wants to be wrong?

It’s way easier to surround ourselves with like-minded folks who validate our feelings. But if you are reading this post, you’re already someone who doesn’t believe that living a fulfilling life is necessarily “easy”. Living a fulfilling, creative, passionate life requires significant personal growth.

Once you start feeling comfortable being out of your comfort zone (Steps 1-3) you’ll feel empowered to invite more discourse into your podcast. And when you have a guest who states something that you disagree with, ask them questions that will allow them to look inside their own biases. Keep in mind this might mean you will need to have pauses in order for them to reflect (hello editing!).

Here are some examples of questions I like to ask people when I want to understand their point better.

When your guest says “I just don’t think it’s right to do this or that,” follow up with, “what makes you feel that it’s not right?” and “what made you arrive at this conclusion?”

Get to the core of their emotions by learning what they feel rather than simply what they think, and the experiences they’ve had that have shaped their opinions. Often times this makes people realize that they are not as attached to their ideologies as they thought they were and it opens up the dialogue.

5 – Don’t try to coerce people or change their minds.

Remember that to increase podcast engagement, you are encouraging discourse, not trying to win an argument. Yes, it’s important to make your experiences heard, but the point of discourse is to allow for people to feel some empathy for the guest through the experiences they are sharing. This can be very complicated at first, especially if you are having a discussion on something that you fundamentality believe the other person is wrong about.

Just remember that your guest is also being vulnerable in sharing their experiences, so focus on that, EXPERIENCES, personal stories based on facts.

When your guest states an opinion, dig deeper to figure out if this opinion is based on first-hand knowledge and actual validated research. Yes, it can be exhausting to have discussions this way, and we have to constantly check ourselves because we are all prone to turning our assumptions into indisputable opinions.

That is why I launched my podcast, Diferente. I wanted to give something back to our humanity that has been missing from our lives – real, honest, verbal conversations and stories that are told from a first-person perspective and are based on real-life experiences, not what someone heard someone else say. I wanted to share first-hand accounts that give way to perspectives based on facts. That’s what makes the difference in our lives, and in my humble opinion, that is the best way to connect with people.

If you loved this article, you’ll love Creating a Space for WOC listeners by Delina Pryce McPhaull and Turn Your Social Media Fans into Podcast Listeners by Andréa Jones.

As an immigrant to the United States, Maribel spent the majority of her life confused about her cultural identity. Since moving away from her native country of Mexico, she felt like she had to “pick a cultural side” to be accepted, yet she could never fit in any ethnic molds. These experiences led Maribel to create the hashtag #LiveDiferente to inspire others to forgo societal expectations and live more purposeful authentic lives with an open heart to new experiences and ideas. Maribel’s mission with every episode of Diferente is to have conversations that are thought-inspiring and sometimes make people a little uncomfortable, in order to drive listeners to question their own biases and explore their potential for learning and growth.

Want to join the discussion?
Feel free to contribute!

Buy us a Coffee

How Podcasters Can Legally Protect Themselves: An Interview with Attorney Merlyne... 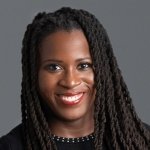 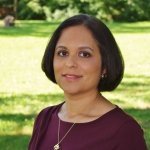 Mental Hurdles I Overcame to Start Podcasting
Scroll to top