Have you ever enjoyed a podcast so much that you wanted to tweet about it as you listened, or reach out to the podcaster directly, but then lost your train of thought in the process? Software product manager and Pittsburgh resident John Lee had attention spans and accessibility in mind when he began developing an app called PodSquad in late 2016. PodSquad is a podcast player that will enable listeners to communicate directly with podcasters via social media within the app, which will not only avoid interrupting the listening experience but also help podcasters communicate more directly with their audiences. In this interview, John explains all that the app has to offer.

1. What made you want to start PodSquad?

I’ve wanted to build software products and start my own business for nearly a decade. In that time I got excited about and experimented with a lot of half-baked ideas, but none of them panned out and I realized they didn’t attempt to solve the problems I was personally experiencing.

As a voracious consumer of podcasts in recent years, the idea for PodSquad started simply from a desire to share interesting audio clips with family and friends. But then as I’d be listening to certain episodes, I also recognized that sometimes I wanted to react to the content I had just heard and talk back to the hosts right away. I’d usually be running or doing chores while listening, so a quick mental calculation of the effort involved to stop what I was doing, find the show on Twitter, and type my reply meant that I’d let the desire pass more often than not.

As I then began designing a podcast player to solve these two problems, I realized that podcasters are not only avid podcast listeners themselves, but are also motivated (far more than I was) to be active on social media in order to promote their shows and grow their audiences. So PodSquad continued to evolve with the aim of becoming a useful podcast player for social media management.

2. Where does the name “PodSquad” come from and why did you choose it?

“Podo” was the working name I started with for no other reason than it was short and had the “Pod” sound in it. Over time I experimented with other names. “PodSquad” sounded playful and the “Squad” part seemed to allude to a team or community of podcasters, which is what I hoped the app would foster as its userbase grew.

3. What are some pain points that podcasters are facing right now when it comes to social media and engagement?

I think the obvious problems most podcasters are trying to solve are 1) promoting their content to grow their audiences and 2) increasing listener engagement, of which there is vanishingly little on Twitter compared to the audience sizes of even very popular shows. Many independent podcasters want to grow a large and active listenership in order to turn what may be just a hobby today into a sustainable business tomorrow, and I hope PodSquad can help.

4. What features will be available to podcasters, producers, and influencers who use this app? Do you have anyone else in mind for your target audience?

At the end of the day, PodSquad is a podcast player—so anyone wanting to discover, listen to, and organize their podcasts can use it for free. The big differentiator though with the other podcast apps is that PodSquad weaves Twitter content into the discovery and listening experience so users can seamlessly engage social media whenever the mood strikes. Say, for example, I were grocery shopping with a podcast in my ear and I heard the host ask a question she wanted feedback on. I could unlock my phone, reply to that show’s latest tweet right from the media player, and go back to browsing the aisles. I hope aspiring podcasters and influencers trying to grow their following on social media (and who spend a lot of time listening to podcasts) will find PodSquad useful for killing two birds with one stone.

5. So for now, PodSquad is only integrated with Twitter. In your opinion, why is listener engagement lacking on Twitter compared to on other social media platforms?

I think listener engagement is lacking on all social media platforms, not just Twitter, and I believe the main reason has to be the friction, effort, and time involved for users to switch their minds from “listening mode” on their podcast app to “posting/commenting mode” on another app like Twitter or Instagram—or even worse apps like Safari or Chrome. By exposing relevant Twitter content within PodSquad, the hope is that more listeners will give feedback to shows on social media.

6. What are your plans or hopes for PodSquad going forward?

Given the feedback I hope to receive from the beta release in a few weeks (signup here), I expect in the short term to focus on building more social media management features that let podcasters post and interact with content in all the ways they can on Twitter. I’ve also wanted to build an episode clip creator since the start of the project, and have what I think is a unique take on its design. But I really want to hear from actual users that they have a strong need and desire for this feature (as well as any other new features) before investing resources to building it. Hopefully, as the userbase grows I’ll be able to integrate with more social networks like Instagram, and work through my wishlist roadmap of ideas to further help podcasters and listeners connect with one another through the app.

The beta version of PodSquad is expected to be available in app stores in September 2019, and John is currently seeking angel investors to help further PodSquad’s development. In the meantime, interested podcasters are encouraged to sign up to receive updates and become beta testers at podsquad.app. John is also happy to answer questions at hello@podsquad.app.

Do you have an app or service that you want to share with the WOC Podcasters community? Contribute here.

Danielle Grace is the creator and host of  “Young, Gifted and Abroad“, a podcast that highlights the study abroad and international learning experiences of people of color. She wants to encourage people to explore the world in their own way. Danielle also writes book reviews on her blog, DeelaSees.com.  As a reader, writer, singer-songwriter, and translator, Danielle is a lover of language and stories who is also incessantly curious about people and life.

She Podcasts LIVE: A Weekend of Learning, Camaraderie and Belonging with Jessica... 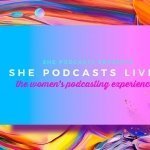 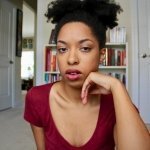