When I started Kickin’ it with Daree Podcast in 2015, I wanted to showcase my authority as a thought leader in the personal development space. First, I listened to podcasts about podcasting. Then I slowly taught myself how to use audio equipment and recording software, which set me up nicely for my eventual voiceover (“VO”) business, where I narrate commercials, web videos, e-learning and audiobooks. But you know the REAL reason I started podcasting? Because I was afraid to start a career in voiceovers.

See, I really wanted to do voiceovers 10 years before I actually started. But I didn’t know anyone who did voiceovers, or how to break into the industry. And then other business opportunities came along that took up my time, so I continued to put it off.

Shortly after I met my husband, he introduced me to a show on TV One called Fatal Attraction. It’s currently narrated by actress Malikha Mallette, with whom I had no familiarity (it was originally narrated by actress Lynn Whitfield). But when I heard her voice, which is a lower register, like mine, I suddenly lit up and became determined to pursue VO.  I assumed the narrator was a black woman like me, because of the actors on the show, and the network it played on. So that motivated me too.

I knew I could do this, I just didn’t know how.

Months later, I took a free intro webinar class with Edge Studio, did my research, and then attended the biggest voiceover conference in the world, VO Atlanta. That fired me up to get a coach, create a home recording studio, and eventually record demos when I was ready.

Podcasting was a low-pressure way for me to dip my feet in, and get used to hearing my own voice and doing the back-end technical work. I had to learn to edit my own podcast, market my own podcast, and gain the confidence needed as a “VOpreneur.” (Up to this point, I had been calling myself an authorpreneur.”)

Read Next: Podcast Conferences to Attend

I attended Podcast Movement twice at the beginning of my podcasting experience. In one of these presentations, Carrie Olsen (a voice actor who does e-learning VO and VO coaching) gave a presentation about doing voiceovers, and why podcasters could transition a bit easier than perhaps other professions. When I got home, I did some research, then signed up for a free 2-hour webinar with Edge Studio to assess my talent and see what the VO world was all about.

Meanwhile, a close friend of mine named Gerald Griffith told me he was interested in voiceover work and launched a company called Voiceover City in Marietta, GA. His office was less than 10 minutes from my house, so I visited a couple of times. He went on to do voiceover meetups, and eventually launched VO Atlanta, which is the biggest voiceover conference in the world. By the time I heard Carrie’s presentation, VO Atlanta was already in its 4th or 5th year. We ALWAYS talked about VO Atlanta after it ended, and I always offered to help, but I was usually in my own world writing a book, earning a certification or whatever.

So now it was time for me to go.

Now here’s the funny thing. By the time I attended VO Atlanta for the first time, I didn’t live in Atlanta anymore. I had just moved 2 hours away with my new husband, near his family. But nevertheless, I was able to break away and see what all the fuss was about.

I attended that first VO Atlanta conference without knowing ANYONE except Gerald. And since he’s the Executive Director, that meant I basically didn’t know anyone. And, like most conferences I attended, alone, I turned on my extroverted-ness to start conversations and ask questions.

Here’s what was cool about being a first-timer: Since I didn’t know who all the “big name” VO people were (agents, coaches, stars, producers, etc.) I was totally free to be myself with everyone without any bias or strong opinions.

But demos are not the be-all-end-all. It’s not like once you start doing voiceovers and get trained, you never need training again. Professional development is ongoing in VO, too. I do a lot of Global Voice Acting Academy and Edge Studio workouts (workouts = audition practice), and Zoom webinars, and of course a plethora of Facebook group conversations to stay ready for whatever opportunities I can get.

I am doing well in my VO biz. I do a lot of email marketing on my own to find clients, and some online casting sites as well.  (The subject of using online casting for VO work deserves its own blog post– it’s that deep.)

Most of my success is from self-marketing and networking. I’ve gotten referrals from fellow voice actors with whom I have a relationship (or the friend of a friend). I also have 4 regional voiceover talent agents. They send me opportunities not available via my own hustling, online casting sites (also called “Pay-to-Play”/P2P sites), anywhere else. My goal is to land an agent that books in-show TV narration so that I can be featured on a documentary on National Geographic, Investigation Discovery, or similar.

I celebrated my 100th podcast episode in February. I don’t directly monetize my podcast, and there’s a lot of startup costs involved with VO such as an XLR microphone (I only had a USB mic at first) and other studio equipment, digital audio workstation (DAW) plugins, coaching sessions (most start at $150/hr), classes and conferences, to name a few.

My first marketing coach, who was a 10-year veteran in VO when we met, told me to expect to pay at least $10,000 out of pocket the first year, and she’s right. You won’t make a profit immediately, but I love the work I do, a majority of which is e-learning narration for corporate training modules. It feels like I was born to do it– I just wish I hadn’t waited so long to get started!

You probably want to know what VO pays.

Rates for voiceovers vary depending on the VO genre, the market, usage, and other factors. Some voice actors won’t even step up to the mic for less than $250 — but each person has their own minimum. In the gig economy, rates have been falling drastically. But there are reputable rate guides that exist, such as Global Voice Acting Academy’s rate guide, which I use as a guideline. (This is another topic that deserves its own discussion in a separate post.)

I’m still very much a part of Corporate America. I’ve been full-time with my employer for over 20 years now. But I work from home, and this allows me to audition for voiceover jobs during the day if needed, as well as interviewing guests for my podcast. Note that email notifications for VO work come at any time of the day or night, depending on where in the world the client is located.

I have heard advice from many reliable sources that you should work in your full-time gig as long as you can to fund your dream until you can’t anymore. Eventually, I will become a full-time voice actor– Carrie went full-time in VO within months (you can search your favorite podcast player to find interviews of her sharing this) but many full-time professional voiceover actors that I know took 5-10 years to do so.

And remember Malikha? I went to the That’s Voiceover! conference in NYC less than a year after I started doing VO, and waited for her after her panel was over to tell her how she inspired me to start.

I created a Voiceover Resource Guide to help you with links to the info I wish I had when I was contemplating getting started in the VO industry. It’s a curated PDF that I update regularly.

In July, I started a monthly Twitter chat called #VOLifeChat where we talk about various topics and facets of the voiceover industry. Join us on the third Thursday of each month!

Are you a professional voiceover actor?

What tips can you share with those looking to get started?

Daree Allen Nieves
Daree Allen Nieves is a “Can’t stop, won’t stop” goal-getter. As a national speaker and certified life coach, she enjoys using her voice for good. Daree is a voice actor who narrates audiobooks, e-learning, online videos and radio ads.  She is also the award-winning authorpreneur of three self-help books, and hosts the “Kickin’ it with Daree” podcast, talking about all things in personal development for women.
DareeVoiceover.com
Share on Facebook Share on Twitter Share on Pinterest Share on LinkedIn
https://wocpodcasters.co/wp-content/uploads/2019/08/Daree-Allen-Professional-Voice-Actor.jpg 2089 2209 Daree Allen Nieves http://wocpodcasters.co/wp-content/uploads/2019/03/WOC_Black-300x136.png Daree Allen Nieves2019-12-05 21:30:002020-05-03 03:10:12From Fear to Faith to Fun: My Journey from Podcaster to Professional Voice Talent

How Caribbean Podcast Directory is Amplifying the Voices of Podcasters of Caribbean... 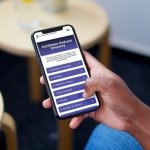 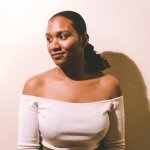 How the Hosts of “Jinjja Cha” Run their Podcast from Separate Continent...
Scroll to top