If you’re a woman of color living in the United States, you have experience living in a society that was not designed for you to flourish. From education, career, healthcare, and housing, we learn how to navigate spaces where we are an afterthought. With its choice of shampoo and conditioner, even the last hotel room you stayed in communicated whether that space was prepared with you in mind.

This exclusion can happen in the podcasting and media spaces as well. Recently I was listening to someone I respect being interviewed on a podcast. During the interview, the person advised the listener to “make some Black friends, some gay friends, some Mexican friends.” It instantly signaled to me, “it’s okay if you, Black girl, are listening in, but this message is not for you.”

I don’t know about you, but I’m tired of eavesdropping on other people’s conversations, always feeling like I’m on the outside looking in.

As WOC podcasters we have the opportunity to build our own spaces that allow listeners, neglected by general audience podcasts, to feel a sense of belonging and kinship with the hosts.

I distinctly remember the first time I heard Dem Black Mamas. I was washing dishes and had to stop, dry my hands, and send the link to my friends. The hosts, Crystal Tennille Irby, NeKisha Killings, & Thea Monyee, were talking to me. They were talking, the way my friends and I talk when we’re out for brunch, without regard to the white gaze. In this podcast, the hosts avoided what Code Switch calls, the “explanatory comma”, where hosts pause to provide explanation and context. These women expect that their target listener will understand their references. They don’t cater to a general audience.

As WOC podcasters, we are in a unique position to offer listeners like us a chance to know that “they’re talking to me!” feeling.

How You Say It

“Until I am free to write bilingually and to switch codes without having always to translate, while I still have to speak English or Spanish when I would rather speak Spanglish, and as long as I have to accommodate the English speakers rather than having them accommodate me, my tongue will be illegitimate. I will no longer be made to feel ashamed of existing.”

There was a time when broadcasters had to “lose the accent” and adopt what’s called a “General American” accent in order to succeed in their careers. It was expected that a reporter from Michigan would sound just like a reporter from Maine or Texas.

I love that as podcasters we don’t have to do that.

For example, when you listen to Diferente, host Maribel Quezada Smith makes no attempt to mask her accent. We know she’s Latina before she begins to pepper her podcast with Spanglish.

Pam Covarrubias takes it a step further with her fully bilingual podcast, Café con Pam. She doesn’t translate. I love it! You either understand, figure it out, or this space is not for you.

Though your show doesn’t need to center on your identity as a woman of color, be mindful of the pressure to tone yourself down because you think you will be more palatable to a general audience.

When you unapologetically bring your full self to the mic, you begin to create community and connect to your target listener in ways others can’t. It also communicates freedom. Be free!

There are some who push for a seat at the table and others who build their own tables. Both are necessary. And from both vantage points, we must use our voices to tell our own stories.

For too long, “Black,” “Latinx,” “Muslim” and “Immigrant” have had negative connotations. As women, our voices have been undervalued and not taken seriously. A few hours watching Fox News will give you ample examples of how we, as POC, are depicted when we have no input into how our stories are told.

As the African proverb says, “Until lions tell their own stories, tales of the hunt shall always glorify the hunter.”

Podcasting provides an opportunity to elevate issues and perspectives that haven’t been part of the mainstream conversation. It allows us to tell a truer, fuller story.

Podcasting is a way to wield power in a way that doesn’t have to ask for permission from the gatekeepers. These gatekeepers invariably seek to maintain the status quo or tiptoe towards change. With podcasting, you can reach the audience you intend to reach directly with the message you want them to hear. Because our stories and voices have so long been underrepresented and misrepresented, the very act of creating content and distributing content shifts the landscape.

Creating content is an opportunity for you to be a critical thinker, interrogate ideas and inspire others to think differently and expand their thinking. You have the power and, dare I say, the responsibility to create something different from the voices that are already saturating the mainstream. Ask yourself, what can I bring to the table that isn’t already available?

Let podcasting be an exercise in finding your voice and resisting the urge to “stay in your place” the way white supremacy has groomed us to do. Bring your whole self to the mic at every recording session. Lean into your identity with the intention of creating a space where your listener feels welcomed.

For more inspirational articles, check out all of our blog posts here. 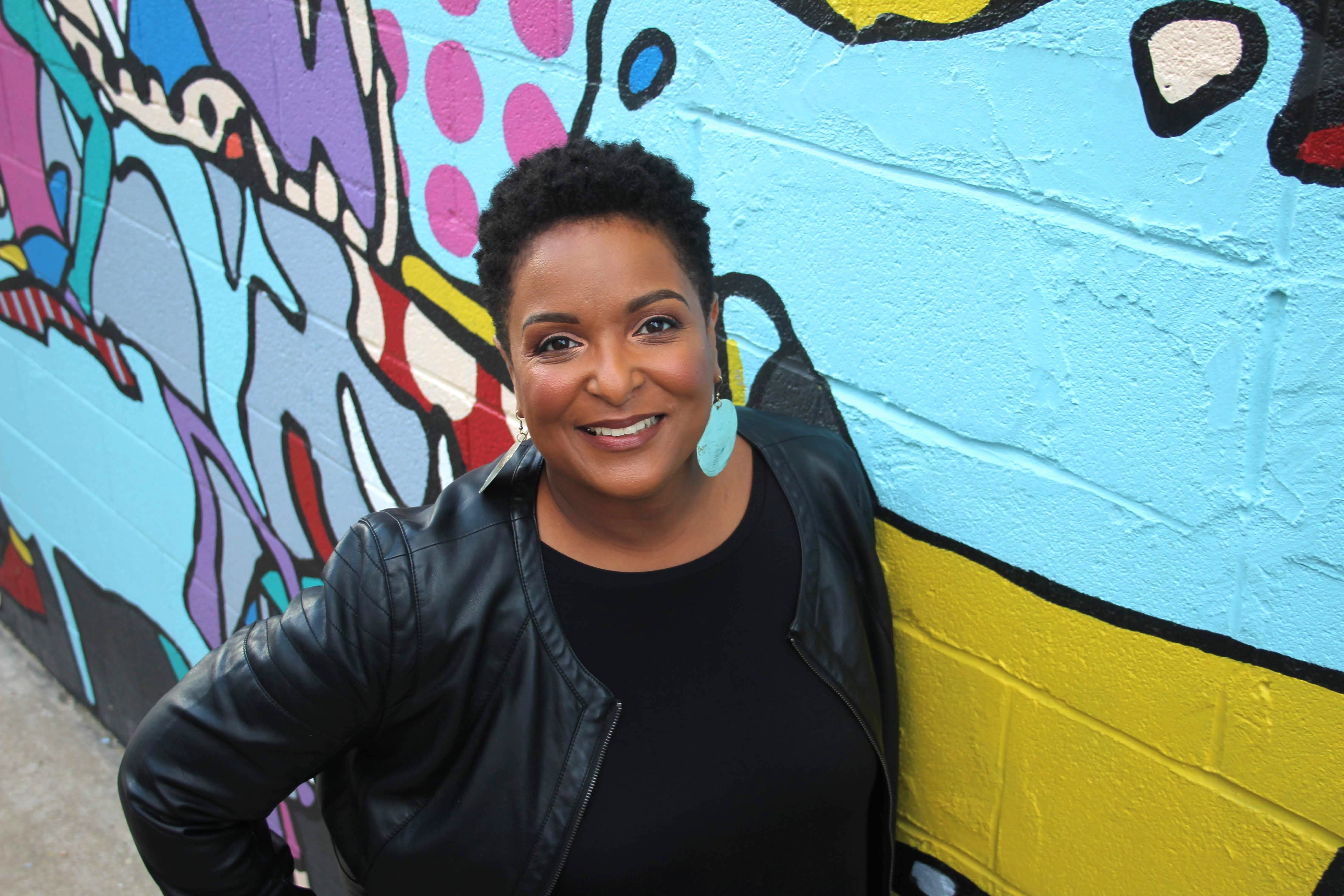 Delina Pryce McPhaull is a freelance writer, editor, and co-host of Broke-ish: Black, Bamboozled & unBroken. Together with Erika Brown, she welcomes Black listeners to explore and discuss the ways the racial wealth gap impacts their everyday lives.

Want to join the discussion?
Feel free to contribute!

WOC Podcasters is a community helping women of color amplify their voices, connect, share resources, collaborate and geek about all things podcasting. 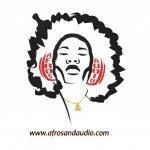 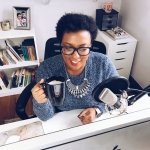